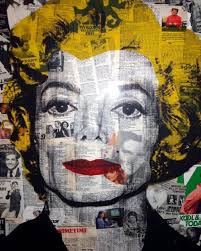 Does this type of scenario sound familiar to anyone?

“You told me to quit my job!” your spouse yells out at you. You know that’s not true but they’re so angry at you and they actually believe it, which shocks you. But you can’t figure it out. “What happened?” you’re wondering. All you know is that it seems like they just quit and came home to tell you that they couldn’t work there anymore. You know they were saying a few days ago that they were feeling too much pressure there, but that’s all you can remember. Now it seems it’s become your fault. You can’t even talk to them about their getting another job. They keep yelling at you “This is your fault!” And this isn’t the only thing they’re angry about. You seem to be blamed for losing all your friends. “You can’t communicate with people!” you’re being told by your spouse. She tells you that over and over again, every chance she gets. ”Maybe it’s true.” you finally say to yourself. “Maybe I am really responsible for what’s happening in some way?” you say to yourself.

Quite often, in speaking to survivors of Emotional Abuse, they’ve quickly admitted to me to having felt as if they were being brainwashed while being with their abusive partners. It meant always having to struggle to constantly stay focused while trying to converse or discuss anything with the abusive partner where any type of decision or agreement was needed between the two of them.

The dictionary’s definition of brainwashing is “any method of controlled systematic indoctrination, especially one based on repetition or confusion: i.e. brainwashing by TV commercials.

Another method of a similar kind called mind control involves simple dialogue where the manipulator merely drops suggestions or imbeds commands in the conversation that the person they’re directing it at is meant to unconsciously pick up and in the end adopt as their own, without their being aware of how they reached their decision to act as they did.

Both methods can have devastating results on victims of Emotional Abuse. Using either method, the manipulator, the perpetrator of Emotional Abuse, can control events or situations involving, for example the elder, in so many ways where seemingly the elder doesn’t even realize that they are being gradually “reprogrammed” to act in a manner or influenced to believe something that is quite contrary to their own doctrine or their own wishes.

When you trust and love someone, wishing to respect their wishes and please them in any way you can almost goes hand in hand. In an emotionally abusive situation, you don’t realize that you are being manipulated in any way. You won’t even suspect that you have to “watch your back”. So, when someone is constantly repeating the same fact, criticism or accusation at you, it’s going to happen where you end up wondering if what they are saying is true. You will, without realizing it, eventually find yourself adopting their version of facts or truth to please them more than likely. And this is one way in which emotionally abusive people are able to take advantage of their victims so easily with so little effort and with little objection.

If you feel uncomfortable or pressured when you’re with someone, then try to distance yourself from what they are saying and try to get another person’s perspective to deal with what you are feeling.

About the Author: Gunta Krumins

Researcher, author, speaker stands up to Emotional Abuse! Gunta Krumins lives in Canada and is the world’s foremost expert on Emotional Abuse, specializing in investigative research and case management of Emotional Elder Abuse cases. “Individuals who prey upon the vulnerability of others do so in such a skilled way they are insusceptible to both suspicion and proof,” says Krumins. By recognizing the traits of abusers and trademarks of an Emotional Abuse situation, victims of abuse in an intimate relationship can be more easily recognized as it tears away the screen, opening the eyes of society to these tense living situations and giving revelation to victims living in fear. We must end the cycle of abuse! I hope we would all like to end the cycle of abuse. But in order to do so, we have to, first of all, come to terms with Emotional Abuse and the feelings and damages it causes. Then we have to help our elders come to terms with their feelings before we can help them deal with their abusers. It means that we have to start talking about it and it means that we, as a society, have to come to terms with what we consider a private family matter and agree to deal with it together.“