THE EMOTIONAL ABUSER’S THREATS…Perception versus reality 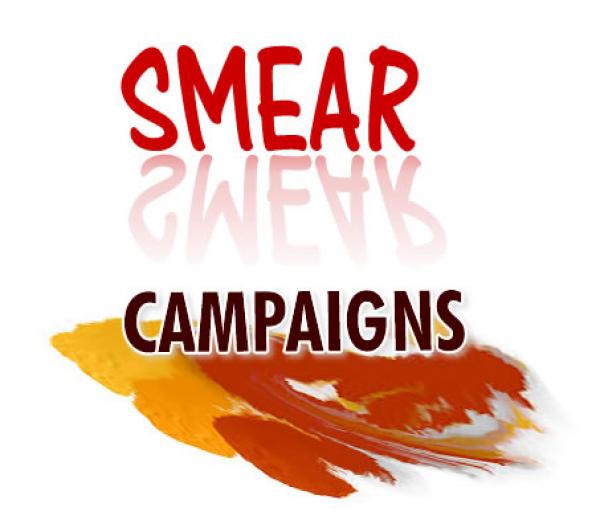 One thing is certain when you approach a case of Emotional Abuse, such as Emotional Elder Abuse:

There will be an active, ongoing smear campaign that is being organized by one person in particular who is constantly putting themselves in the middle of the conflict to make certain they can influence things against another particular individual….their intended target.

Smear campaigns are intended to send out a clear signal to all concerned that if anyone attempts to help the target in any manner, they will have to suffer the consequences of their actions. The intended target will either be the primary victim or an individual, an intervener, who is a threat to the perpetrator and the hold and control that they have over another individual.

Smear campaigns are meant to corner the intended target or at least give them the impression that they are trapped, that they have nowhere to go for help and nowhere to hide. They are meant to feel helpless, afraid for themselves and humiliated.

The inherent beauty of the campaign is the fact that the perpetrator has to be caught in the act before they can be accused of anything against another. If anyone tries to approach and challenge them, they will always simply deny it and make out as if they are being victimized.

Also, not too many people will either stick their neck out and help the target or get involved in any threat of civil lawsuits. Their first instinct will be to go into survival mode and do what is necessary to protect themselves. In essence, most scatter and abandon the target, leaving the perpetrator feeling fairly certain no one will be interfering with their plans.

During smear campaigns, for a community member, it means deciding how much of themselves they are willing to risk to help another, perhaps a perfect stranger. For a family member, it means deciding whether they wish to get involved in any family conflicts that don’t really concern them personally. For a mother involved in a custody battle, it means protecting her child and sacrificing herself first for the child. For an adult child witnessing the abuse of their elder by another sibling, it means preserving the elder’s dignity, trying to abide by the law and seek help for the elder in a lawful fashion and hope, in the meantime, that the abusive sibling with listen to reason and leave the elder alone.

Either way, it’s a situation that involves individuals in a group being forced to focus on their own needs and wishes where, as per design, the entire group involved eventually becomes dysfunctional and non-functioning due to the conflicting nature of their own personal agendas. It is a situation where, by nature, people instinctively put limits on what they will risk i.e. their life, their child, their elder’s reputation, when they get in the line of fire of an aggressive abusive person and they do draw a line that they personally will not cross. Perpetrators of Emotional Abuse know this general rule of nature and use that knowledge to their advantage.

Unfortunately, victims will cling, sometimes forever, onto an impossible hope of peace between them and their abuser and a possible reconciliation. All the pleading and begging in the world will not stop the perpetrator of Emotional Abuse from maintaining their course of action involving manipulation, slander, libel and intimidation against anyone in relation to the target. Yes, it excites them to see the effect on people without having to expend much effort but more so, these threats, either likely implied or assumed, that are imbedded in every one of the abuser’s actions are what keeps everybody in line.

There are two factors working in favour of the perpetrator:

About the Author: Gunta Krumins

Researcher, author, speaker stands up to Emotional Abuse! Gunta Krumins lives in Canada and is the world’s foremost expert on Emotional Abuse, specializing in investigative research and case management of Emotional Elder Abuse cases. “Individuals who prey upon the vulnerability of others do so in such a skilled way they are insusceptible to both suspicion and proof,” says Krumins. By recognizing the traits of abusers and trademarks of an Emotional Abuse situation, victims of abuse in an intimate relationship can be more easily recognized as it tears away the screen, opening the eyes of society to these tense living situations and giving revelation to victims living in fear. We must end the cycle of abuse! I hope we would all like to end the cycle of abuse. But in order to do so, we have to, first of all, come to terms with Emotional Abuse and the feelings and damages it causes. Then we have to help our elders come to terms with their feelings before we can help them deal with their abusers. It means that we have to start talking about it and it means that we, as a society, have to come to terms with what we consider a private family matter and agree to deal with it together.“